Submitted by: David Aldus, a researcher who spends much of his time researching his family history in Georgia and Canada. He splits his time living between Peterborough and Florida.

The Americans were planning a major offensive when the campaign season opened in the spring of 1813.  The British knew this and urgently needed reinforcement to help counter this threat.  Reinforcements would normally have come by sea up the St. Lawrence River to Quebec City, but this route was closed by ice during the winter and would not open until April. The only immediate source for reinforcements was from the Maritime Provinces.  In order to reach Quebec or Ontario, they would have to travel over the line of communications, or Grand Communications Route, that ran from the Bay of Fundy up the St. John and Madawaska Rivers to Lake Temiscouata and over the Grand Portage to the St. Lawrence River and then onwards to Quebec City.  It was decided to send the 104th to Quebec City. Orders for the march were issued on 5 February 1813. The first element of the regiment arrived at Quebec City on 13 March and the last one arrived on 16 or 17 March. Unfortunately, the Regiment’s stay was short lived when the orders came to march onto Kingston. Leaving Quebec City on March 29th and 30th, the Flank companies arrived in Kingston on 12 April 1813.  The first element of the regiment arrived four days later on the 16th.

William’s son, Sands Bradley, was also commissioned as a Lieutenant in the British army but in the 100th Regiment and not the 104th. Both took land grants after the war in Upper Canada.

David purchased Capt. Bradley’s Lieutenant Commission document of 1804 at an auction.  The Commission also included a silver 5 shilling coin, re-denominated in dollars and drilled to be worn around the neck.  Further research on the coin revealed that 1804 trade dollars were re-stamped (dated 1804) on captured Spanish pieces of eight over a period of approximately 10 years. The pieces of eight were probably taken during conflicts with Spain and it would appear that British officers may have holed these coins to wear around their necks; possibly to provide them with silver to purchase emergency items or maybe their lives if needed! 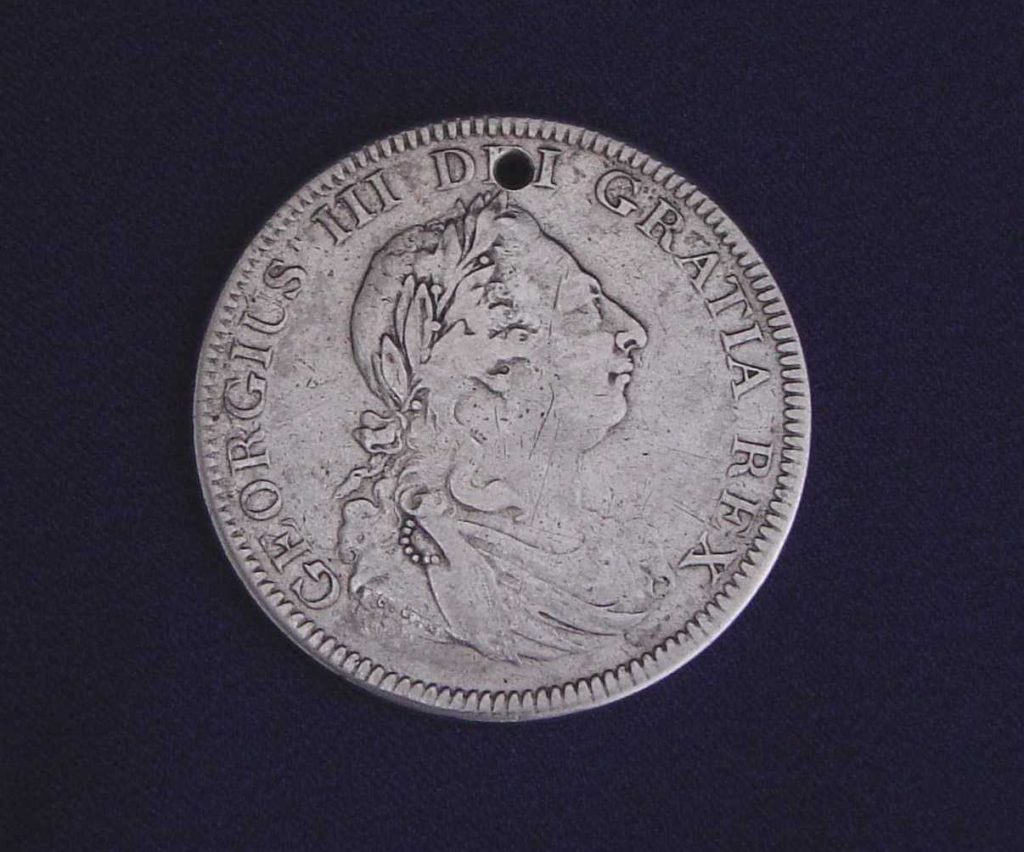 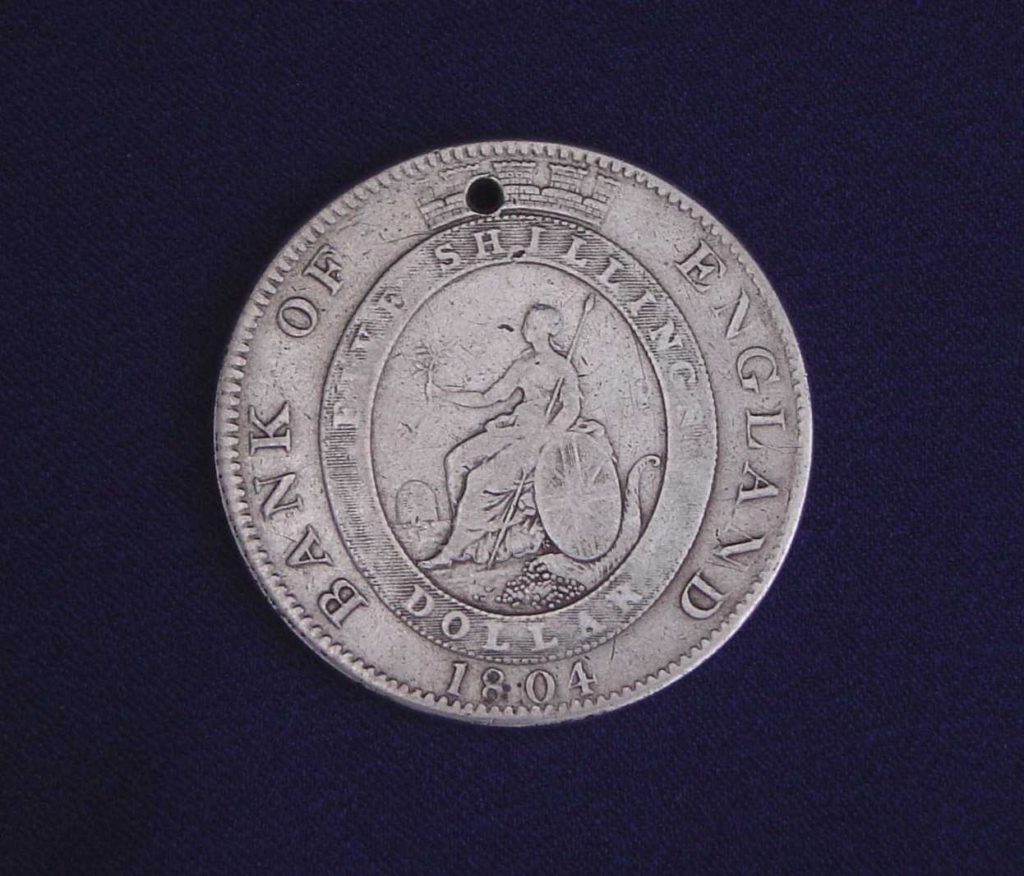 Based on current British bank token coin prices, these coins would be worth around $250 today.

William and Sands Bradley are buried at the Beechwood National Cemetery in Ottawa.