On a personal trip to Manitoba some years ago, a friend took me to the town of Selkirk on the Red River downstream from Winnipeg, to see the graves of four of the Voyageurs. These men were members of the Saulteaux (Ojibway) First Nation that had migrated westward from Ontario earlier in the 19th century to create an agricultural community. Under the leadership of the well-known Chief Peguis, they had helped the early Scottish immigrants who came to the Red River Settlement.

The graves in the picture are those of Adam Cochrane (left) and his brother, Alexander (right). The inscription on Alexander’s grave reads: “BOATMAN ALEXANDER COCHRANE / 1815-1887 / EGYPTIAN EXPED. FORCE 1884-85 / LEST WE FORGET”. The Red River can be seen in the background.

They are buried in the churchyard of the parish of St. Peter, Dynevor, shown in the picture below, which was built before 1870 and is still in use seasonally. Chief Peguis is also buried in the cemetery. 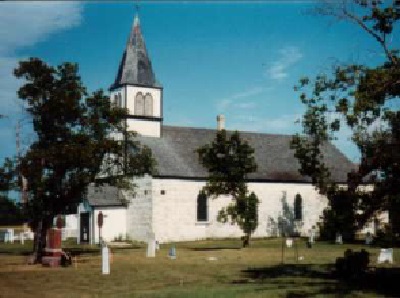