PW2-1 Landymore Dismissal: RAdm William Landymore was head of the Royal Canadian Navy when the government announced its intention to unify the three services. Admiral Landymore resigned in protest in 1966. 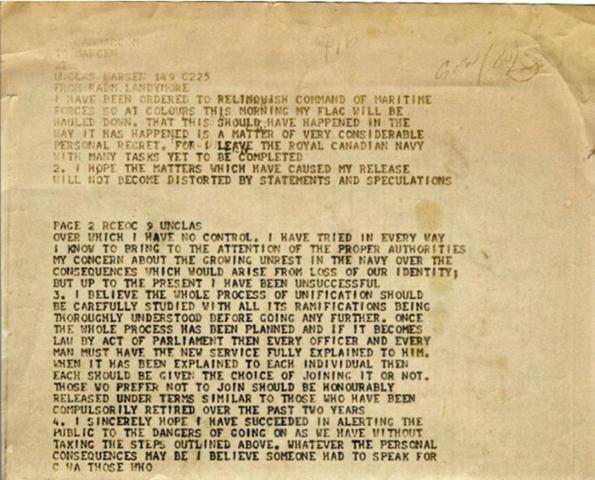 The following MARGEN 149 message was sent, on 19 July 1966, to the Royal Canadian Navy by Rear Admiral William Landymore on the occasion of his dismissal for opposing the government plan to unify the three Canadian military services into a single, unified force.