PW2-14 Kuneitra Destroyed: Kuneitra, located on the Golan Heights, was a focal point for much fighting in that area. 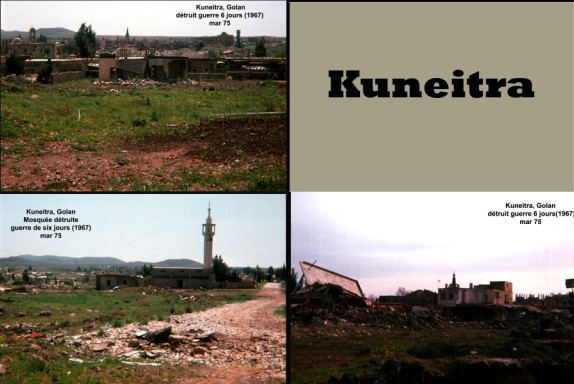 The town of Kuneitra, located on the Golan Heights, was severely damaged in both the 1967 and 1973 conflicts.  It is located close to the United Nations Disengagement Observer Force. A 2003 report estimated the population to be close to 17,000 persons before the conflicts.  It will likely never be rebuilt.