In 1965, MGen C.A. Turcot, the GOC, Eastern Command, made his farewell visit to Gagetown.  3 Signal Squadron was designated to provide a 100 man guard of honour for the event.  This photo was taken at the main gate of the Base.   The undersigned, then a Lt. in command of the Squadron’s Radio Troop, was guard commander. 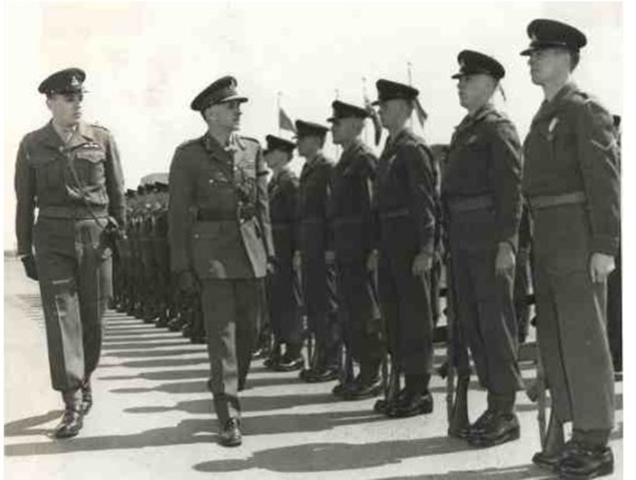