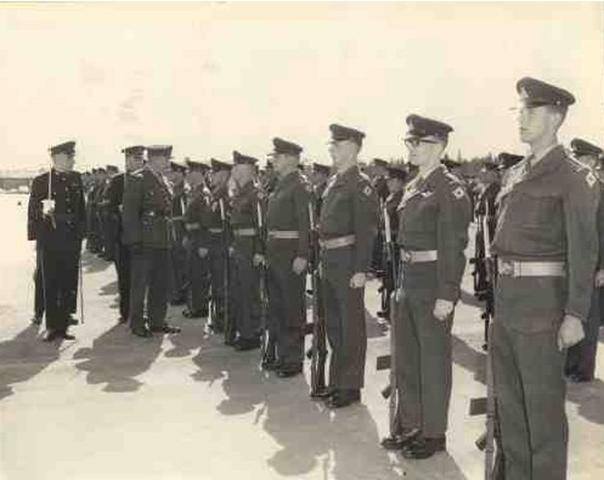 In 1968 the Royal Canadian Corps of Signals was to disappear and be replaced by the tri-service Communications Electronics Branch.  Just prior to the official disbandment, in April of 1968, Colonel Buster Stethem, the last Head of Corps, made a farewell tour.  This photo was taken at his farewell parade in Gagetown.  He is inspecting the 2 RCHA Signal Troop, which, at the time, as a Captain, I commanded.  Just visible behind Col. Stethem is Major Don Kidd, Commanding Officer of 3 Signal Squadron.

Note: On 19 Apr 2013, the Minister of National Defence announced that the historical designation of the corps would be restored.