One such individual was Reverend Thomas R Davies, who served as a padre with the Queen’s Own Cameron Highlanders of Winnipeg. In six weeks of hard fighting since the D-Day landings, he had comforted and ministered to the men: some in aid stations as they lay dying, helping to bury others or conducting makeshift services in fields and bombed out villages.

On July 20th, the Camerons were about to launch another attack. Two young officers walked by where Davies was standing. “Good work, padre,” said one of them as they climbed into a scout car with other soldiers and drove off toward the next village. As Davies watched, an artillery shell hit the scout car, killing all seven passengers.

That evening, alone with his thoughts Davies walked through the rubble to the shattered remains of a church. He read the French plaques and as dusk fell, he turned to walk back to the aid station. The moon was out and he spotted something glinting on the ground.

“I don’t know why I did it,” he recalled, many years later. “But I stooped down and I picked up that piece of glass. And when I got back to the regimental aid post, I took a piece of adhesive tape and I marked on it the name of the place and the names of my friends who had been killed that day.”

As the days passed, the Camerons moved from town to town and battle to battle. As the casualties mounted, Davies recorded more names as he continued to collect glass fragments from more bombed-out churches.

Later, Davies was wounded himself and transported to hospital in England. The truck carrying his luggage and priceless collection of glass, was blown up. He thought his treasures were gone for good. But a soldier, who knew Davies, searched the debris and found the glass. When Davies returned to the regiment at Christmas, his precious package was waiting.

By the end of the war, Davies had collected fragments from the ruins of 24 churches in France, Holland and Germany, some of which likely date back hundreds of years. 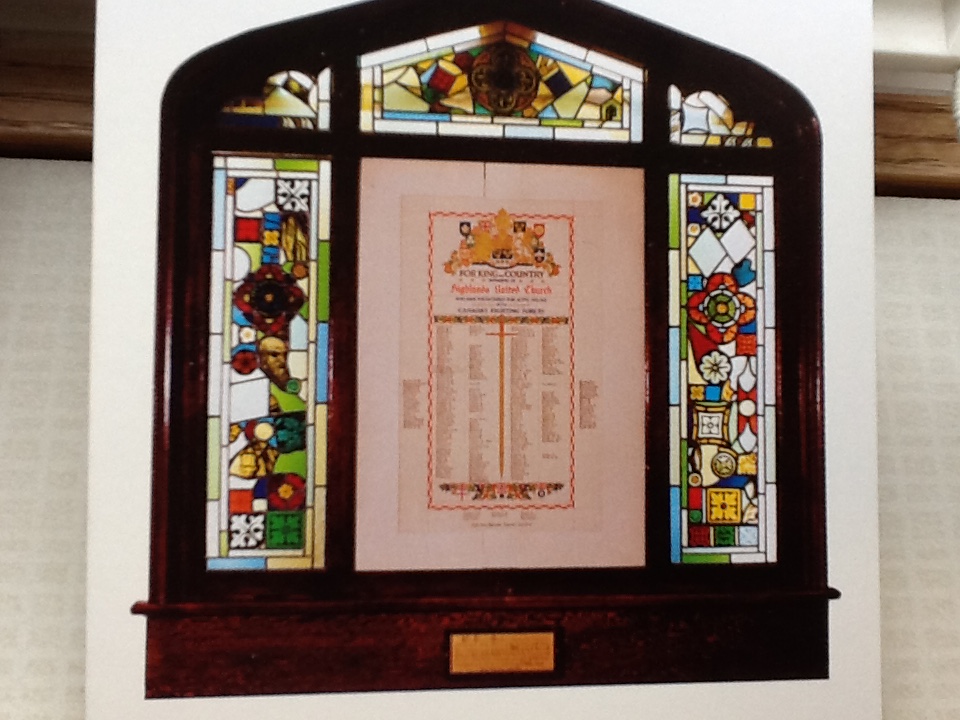 When he returned to Canada, the fragments came with him, and were soon fashioned into a memorial window by a Vancouver glass company.

The window was dedicated at Highlands Church in Edmonton by Alberta Lieutenant Governor J.C. Bowlen on Sunday, Nov. 7, 1948.

Davies recounted the story of the window many times over the years including a video made shortly before he died in 1987.

Rev. John Burrill, the current minister at Highlands, tells first-time visitors to the church that this is one story they absolutely have to hear. “For our newcomers, I tell them, ‘You’ve got to see this. You’ve got to know the history behind this window. You’ve got to understand, when Remembrance Sunday comes, why it’s so special to us.’ ”

This diagram indicates the composition of the window and where each of the fragments collected by Reverend Davies came from. 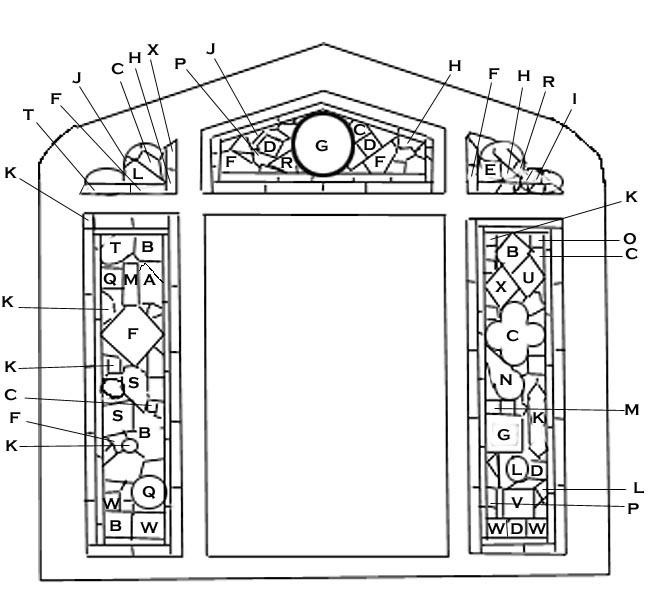