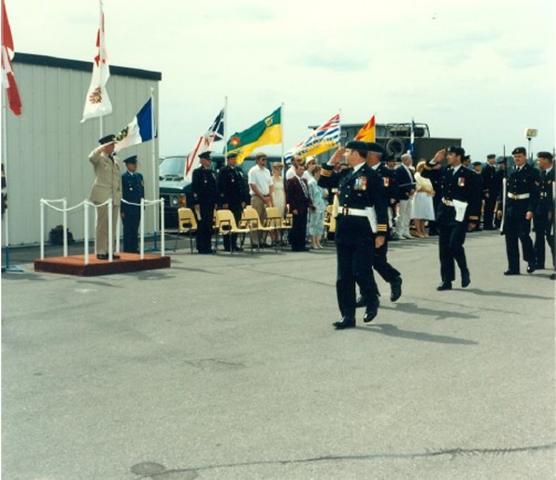 The photographs were taken at the 1986 Change of Command ceremony at Canadian Forces Station Carp, Ontario. Turning over the command to LCol J. J. Bender is LCol J.A. Dicker. CFS Carp was one of two entities contained under the roof of the top secret bunker fondly remembered as the Diefenbunker. Built to house elements of the federal government in the event of a nuclear war, in which case it would have been officially called Canada’s Central Emergency Headquarters, the bunker opened in 1961 and remained operational until 1994. During that period CFS Carp occupied the site as an important node in the Canadian Forces strategic telecommunications system. The Diefenbunker reopened in 1998 as a privately-operated not-for-profit museum.