After Pearl Harbour and the ramp-up of the war in the Pacific, Fairchild began building the Curtiss SB2C Helldiver, a carrier-borne dive bomber.  In this photo my Father is running up the engine of a newly- built Helldiver. 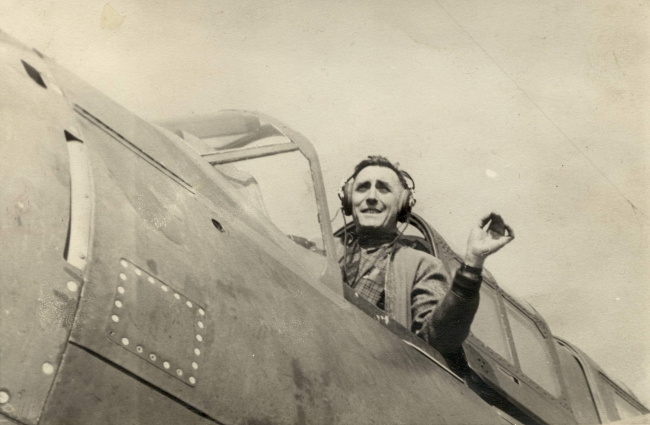