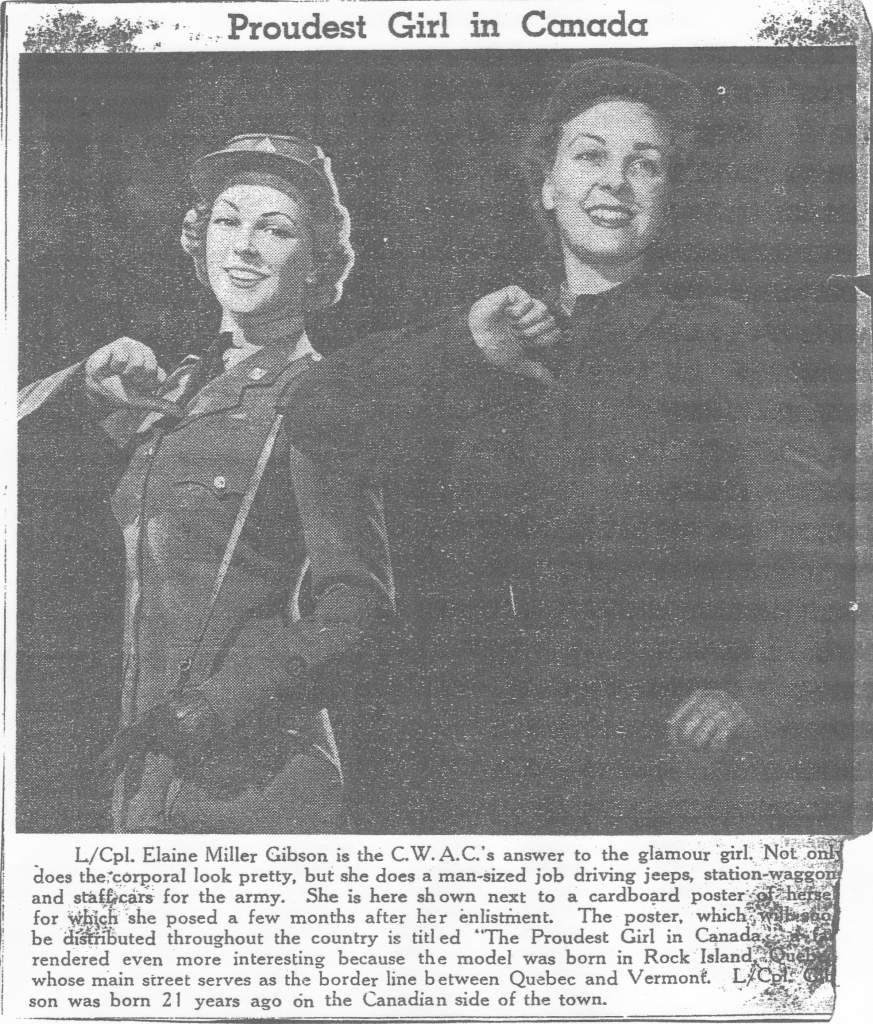 Elaine was very attractive and was asked to model for posters/billboards aimed at recruiting more women into the army and she agreed. Unbeknownst to her she was coined “The Proudest Girl in Canada” and saw her image on windows and life-size billboards standing on sidewalks in Montreal. She was very modest and did not feel comfortable being given this title.  Her assigned duties in the Army were to drive officers to their venues in and around Montreal.  Much to her surprise and delight she had the opportunity to meet the famous American actor/singer, Bing Crosby. 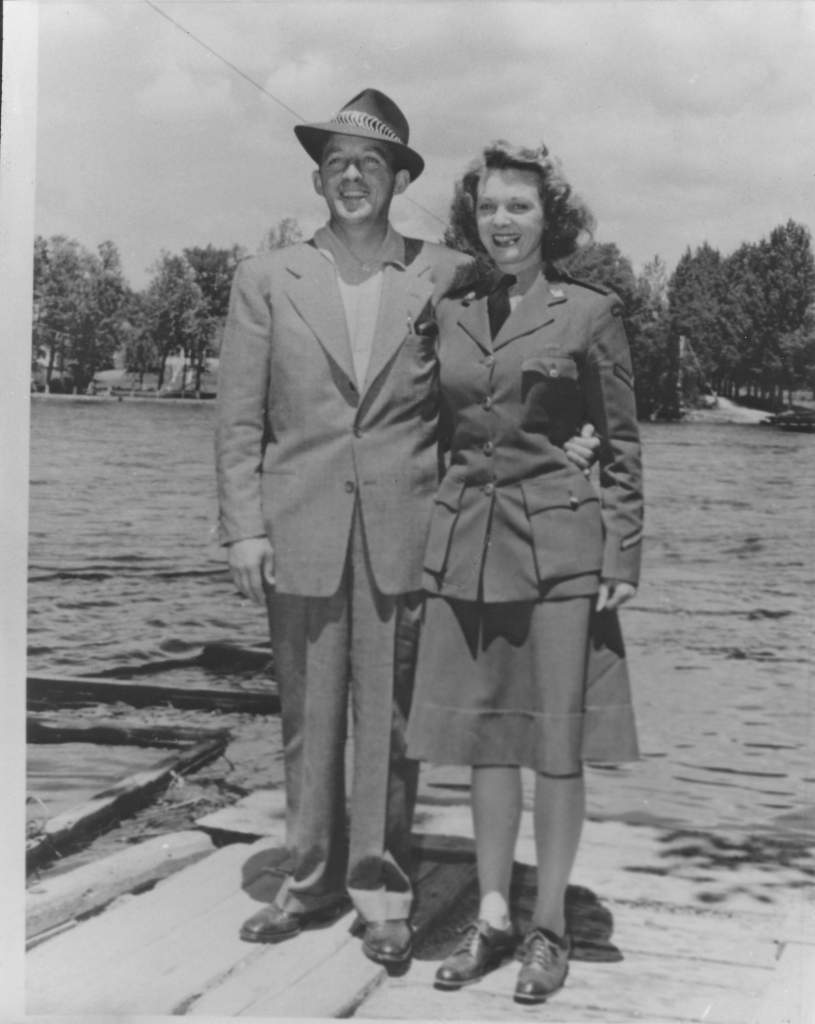 He requested that she be his personal driver.  Usually her passengers would sit in the back seat but Bing insisted that he sit in the front seat beside her.  She thought she had died and gone to heaven.  She cherished the picture that was taken of herself with Bing standing on a dock by one of the lakes near Montreal. Before the picture was taken Elaine stood on the right side of Bing but noticed that she was taller than him because the boards were raised higher where she was standing.  She asked Bing if he would mind switching sides (but didn’t tell him the reason why) and he obliged. 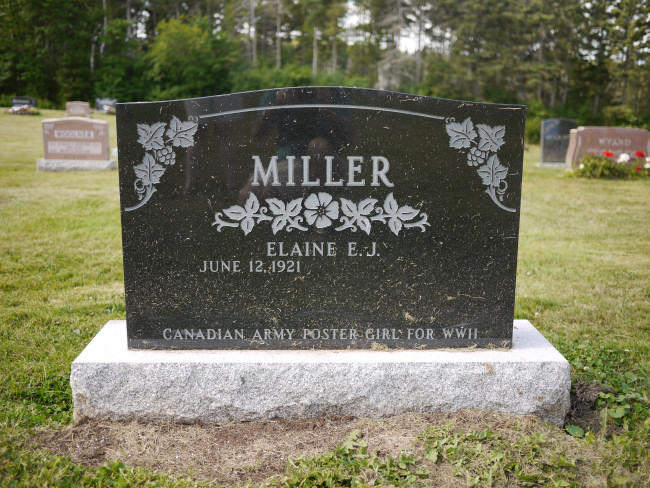 Elaine married John William Gibson and had one daughter, Melanie.  Elaine and her daughter moved to Cavendish, Prince Edward Island in 1974 where she operated a bed and breakfast and cottage.  Elaine died October 11, 2006, at the age of 85 and is buried in the Cavendish Cemetery where her memorial stone pays tribute to her service in the Army.